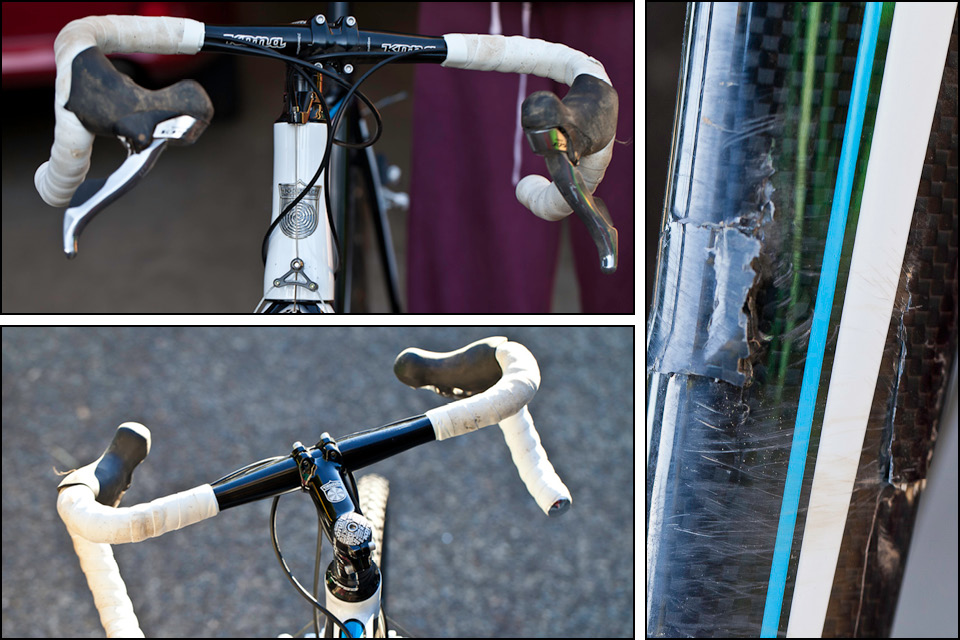 As I mentioned previously, I have always loved bikes. The previous five years though I have ridden very little. I’m sure I rode my road bike less than 500 miles each year. However, this year has been a big cycling year for me…I have ridden over 2,000 miles! I even dusted off the neglected mountain bike and went for a night ride on it a few weeks ago. In addition, I was convinced by my fellow riders to try cyclocross. Always up for a reason to buy another bike I bought a cross bike at the local bike shop, Olson’s Bicycles…a Kona Jake the Snake.

Fast forward a month or two to this week…my first cross race. I arrive with a biking buddy an hour or so before the race which gave us an opportunity to get around most of the course one time…gentle downhill on fresh dirt, steep hill, some crazy sharp turns, and so on. OK, whatever…I got this. Show time.

At the starting line 2 groups line up…over 80 riders. I line up near the back. The start was fast and furious (as expected) with some jam ups on the sharp corners causing some minor crashes. I actually avoid a couple of crashes directly in front of me and pass quite a few people. Woohoo, the adrenaline is bumping now! After the first lap I am actually on my own a bit. With no one directly in front of me I put the hammer down. After a couple of sharp turns I approach a slight decline and another biker. I also hear someone directly behind me.

Even after replaying this event countless times in my head, I cannot decipher exactly what happened. This is my best guess though…As I came up along side the rider in front of me, one (or both) of us hit a bump1 that caused our handlebars to tangle up. Add to the mix that somehow my front tire came off and as I drove my bike into the ground I must have busted the fork, twisted the handlebars and brake levers. As all that was happening apparently the backend of my bike was launching into the air when my chain decides to take a bite out of the rider I was passing leaving a lovely, softball-sized hole in his biking shorts. Finally, my buddy (the rider that was behind me) decides to join in on the fun and supermans onto my bike and me…giving him some nice bruised ribs.

I humbly and deeply apologize to all those involved. Fortunately, my bike took the brunt of it and the other two were able to finish the race. I know it could have been a whole lot worse, but definitely NOT how I wanted my first cross race to go. As another biker buddy told me though, “Welcome to cross”!