Instead of working on My Everyday Things project last night I spent over two hours captivated by slide decks from Note & Point. That small diversion led me to rethink the font I was using on this site…and once I started thinking about fonts it was all over.

After hours and hours (and hours) of dinking around I decided to try Google’s web fonts versus me hosting them. We’ll see how that goes…it slightly goes against the simplicity that I am after with this site, but I still feel compelled to try. 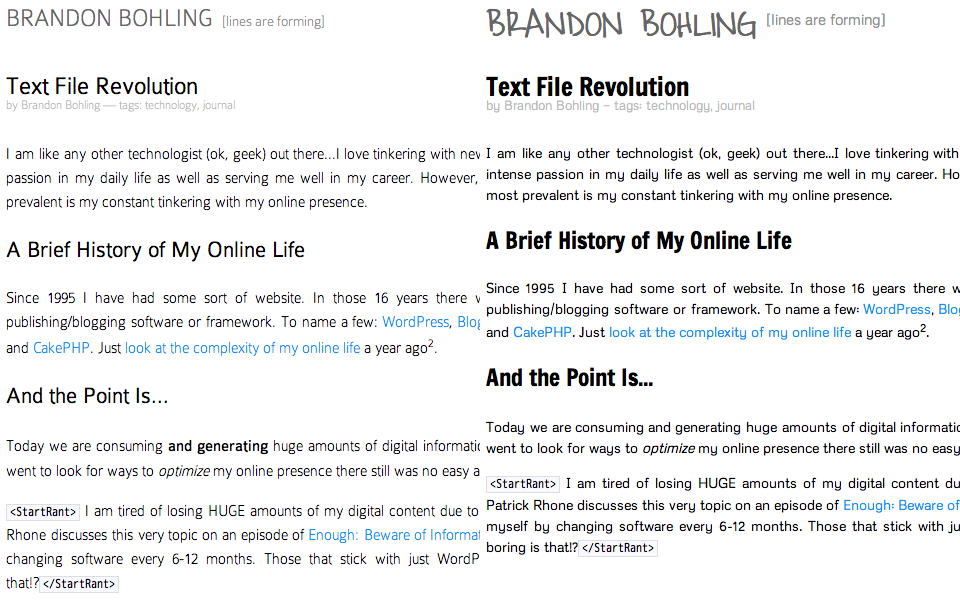 I am using Metrophobic for the main text, Francois One for the headers, and Waiting for the Sunrise for the title (Brandon Bohling)…which coincidentally is nearly identical to how I write. I think it is a big improvement…hopefully you agree. Which brings me to another change. Instead of using a Comment via Twitter link, which broke recently due to a Twitter change…I am now using their official button. This will only be displayed on single post pages.

The third and finally change I made was to now display the last five posts on the home page versus just one. I guess I’ve procrastinated enough now. This weekend I will post my first project post. Really. Seriously.