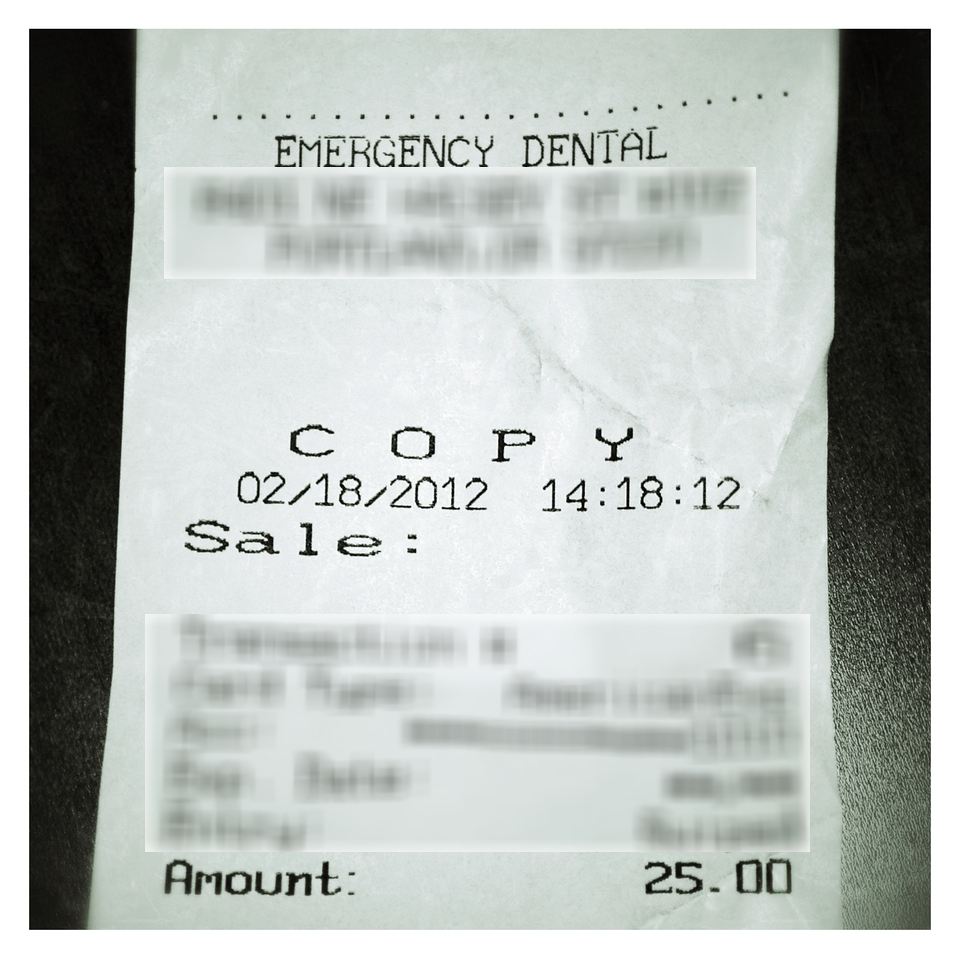 I never, ever would have thought I would have a tooth extracted at age 41. For as long as I remember I have seen a dentist every six months, I have only had one tiny cavity in my life, and every checkup I have had the hygienist has commented on how healthy my teeth look. Certainly I owe a lot to my parents teaching me to brush and floss daily, giving me good genes and paying for braces. So losing a tooth is just as surprising to them. So what happened?

While eating a burger and tots at work Friday I noticed a rough spot on my molar (second to last, bottom-left), I thought, “great, I chipped my tooth”. I wasn’t overly concerned because 1) it didn’t hurt, 2) didn’t feel too bad when I felt it with my tongue, and 3) for years my dentist had told me that the tooth had some hairline fractures in it and at some point he would need to put in a bridge (don’t ask me why a cap was not an option in his opinion). After an hour or so went by I thought I better call my dentist since it was Friday afternoon. Unfortunately he had just left for a two week vacation and his backup was out until Tuesday. Bummer. So I spent another hour calling a dozen dentists to try to get an appointment. Shockingly most were closed, so I gave up.

Four hours later I got home and decided to look at it in a mirror for the first time. I got out some floss to gingerly explore the damage. What I discovered absolutely horrified me…a good third of my molar wiggled around like a loose baby tooth! Now I was freaking out. I couldn’t go three days (Monday being a holiday) like this! So at 6:30 PM I started looking for emergency dental options…obviously not thrilled that it was my only option. Eventually I was able to secure an appointment for Saturday morning at 10:30 AM in a clinic in Northeast Portland.

Let me take a moment to state that I wasn’t in any pain. The only time there was any pain is if I wiggled the tooth or even touched it, so I didn’t eat Friday night or Saturday morning. The last thing I wanted to do was break off a piece of my tooth…certainly great pain would be felt then.

As we were driving to the emergency dental clinic I wasn’t worried about any pain, but rather going to a place I knew nothing about. Also knowing that it wouldn’t be some high tech clinic with top ranked dentists. All I could hope for was a dentist that didn’t wreak of alcohol from partying the night before. At least those were my unfounded, freakish thoughts. It didn’t help that upon arrival the very sight of the outside or inside of the building didn’t change those thoughts.

Inside I had to of course fill out a form while they verified my insurance. I’m not sure who came up with the questions on the form, but it was the first time I came across this yes or no question:

Do you take alcohol, cocaine or any other drug?

As one might imagine, my discomfort wasn’t subsiding AT ALL.

Once I was in a patient chair, in an open observation room I was greeted by an assistant. She was very friendly and we actually laughed about the alcohol/cocaine question. This put me at ease…a bit. She took an x-ray and I waited. Eventually the doctor came in, looked over the x-ray and at my tooth. Just by his audible grunts I could tell things were not good. In his hard-to-understand English, he said that HALF my tooth was cracked and would likely need to be extracted but he would not know for certain until he pulled off the cracked half. Only if it did not go into the gums could he do a root canal. After some more explanation, which honestly I only partially heard because of my shock and difficulty in understanding him, he left so they could run some numbers against my insurance. It was at this point that I texted Denise to join me in the room so she could make some rational decisions.

The woman who had “checked me in” came back into the room to give us the cost estimates. At this point I verbally said I didn’t care about money only that I wanted the best for me and my tooth. Maybe they sensed my concern because the doctor did come back into the room and explain things again for Denise’s benefit. Bottom line: the doctor would take off the broken half, evaluate whether he could do a root canal or have to extract the tooth, they would then stop to “collect payment”, then complete the “operation”. And yes, they indeed say they would stop in the middle to “collect payment”. Back to being nervous.

After what seemed like an hour for the doctor to come back in after the novocain injection, it was go time. Within a few minutes he had the cracked half out and once again his audibles told me the outcome…my whole tooth would need to be extracted. I will say I was completely floored by the size and length of the cracked half. As he said, " no one could save my tooth".

While the tooth extraction did not hurt it seemed to take FOREVER! And the assistant he used must have been new (I think it was the woman at the front desk). Why would I think such a thing. Let me count the ways:

I should stop for a moment to explicitly state that even though I was nervous about my environment, everyone was extremely friendly and did their best to make me feel comfortable.

Eventually the tooth came out and after a brief set of post-op instructions I was on my way. Surprising to me, there were no stitches. After gnawing on gauze for a couple of hours the gaping crater in my mouth stopped bleeding. Granted, it still looks like a big, bloody hole, but supposedly a “stable” one.

So that’s my big tooth adventure. Really no pain, not even the day after (Sunday). I did take one of the Vicodin pills a few hours after the extraction just as a precaution, but have (so far) felt no real pain. I suspect though that in a couple of months when I can get an implant (I’m hoping it is an option) that the healing process of that surgery will be when the real pain starts. Oh joy!

Probably the most disappointing part of this long story is that after all of that I did not get to keep the tooth so no Tooth Fairy showed up last night.