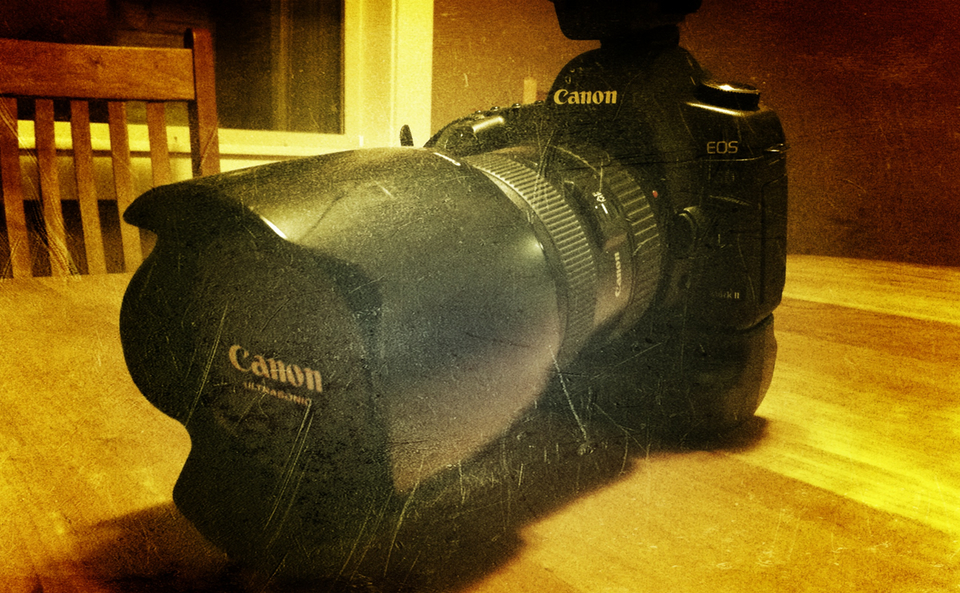 Note: this was originally posted here.

Denise and I received our iPhone 4s on Day 1. The very day we left for a long weekend at Crater Lake. And the weekend after that we spent 10 days on in Door County. In a typical month this year we take around 800 photos (and that is WAY down from previous years) with our Canon 5D Mark II. On vacations we typically take 1000+ photos. In comparison, in the 30 days after we had our new iPhones we took a mere 600 photos, even though we took TWO vacations during that timeframe! And to really drive home my point: it is August 17th and we have taken a meager 43 photos this month with the DSLR. Why?

The iPhone 4 has killed my Canon 5D Mark II

The camera in the previous iPhone versions were absolutely horrible, so I barely used it. I was happy to carry around our beast of a DSLR. I feel I have carried our camera gear further than most people will walk their entire lives. (Oddly, the most grueling experience was not hiking the Grand Canyon rim-to-rim in a day, but walking around Washington D.C. on a HOT, HUMID 4th of July a few years back.) So size and weight has never been a deterrent for me. However…

The camera in the iPhone 4 changed my mind.

Given the fantastic camera (still and HD video) the iPhone 4 possesses, I have now found myself not touching our Canon 5D Mark FOR WEEKS! This has not happened since we got our first DSLR (Canon D30) back in 2001. Before the iPhone 4, it would be rare that I would go more than 1-2 days without picking up our DSLR…and NEVER more than 3 days.

I have very mixed feelings about this change. While I like the freedom of not always lugging around a gigantic camera bag, I miss the mindset of shooting with a DSLR. In all honesty, considering most of our photos for the past few years have been of Bryce, the quality of the iPhone 4 photos is fine. This photo of Bryce is really the only time I wished I had used our DSLR instead. On the flip side though, who’s to say I would have even captured it if I was trying to shoot with a bulky DSLR? Or that I even need a beefy DSLR?

That’s been my observations and experiences thus far. I’m really not sure where I’m really at with all this, but my guess is this…with the release of the iPhone 4 I now have another fantastic tool to capture moments in time. However, with this power comes an even bigger challenge: CHOICE.