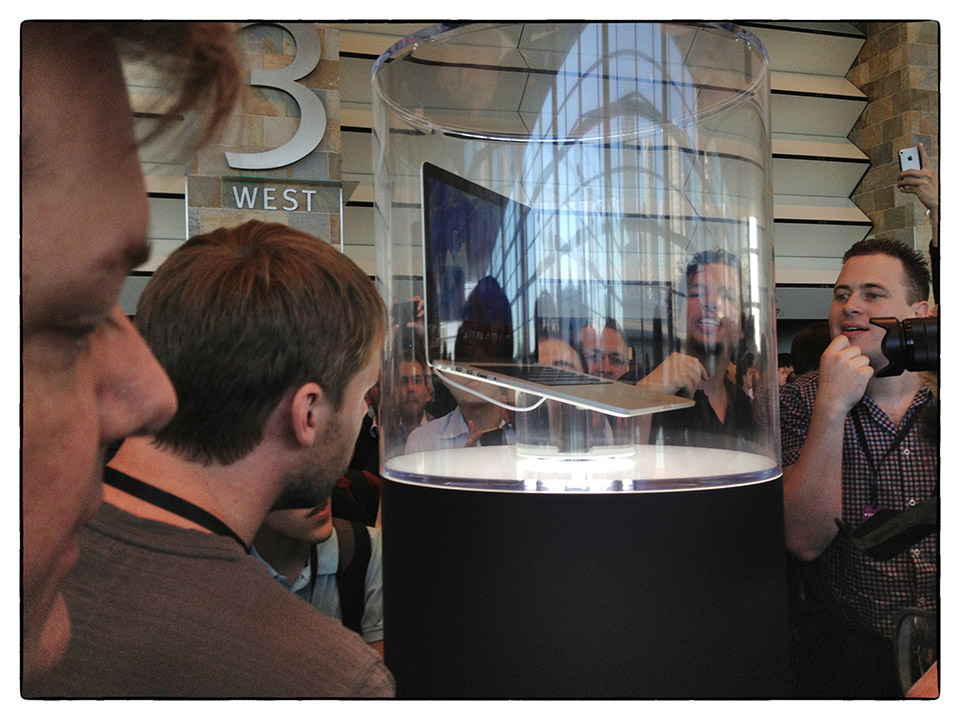 If you are lucky enough to be in the market for a new notebook, Apple just made your choice a lot more difficult. Last year I gave up my MacBook Pro and switched to the MacBook Air and have not regretted it one bit. I use my Air primarily for photography1 but from time-to-time I do use Final Cut Pro X to create small family videos. I still use a MacBook Pro for work which is a major bummer because it really isn’t any faster but feels like a giant brick. Which is why I am so very torn on which notebook to buy: the next generation MacBook Pro with a Retina display or the new MacBook Air.

A couple of points about the new MacBook Air that may not be obvious:

I was very surprised that the MacBook Pro didn’t run hotter or noisier2. All the MacBook Pros I have owned seemed to run hotter than the MacBook Air, but it seems Apple has made some progress with regards to this issue. When I first picked up the MacBook Pro it seemed very heavy; just as heavy as any other MacBook Pro. However, it was noticeably thinner. And of course, I could fly through photos in Aperture, open and close apps at lightning speeds and shutdown/startup times were screaming. BUT THAT DISPLAY. That absolutely stunning Retina display. Amazing. I simply do not have the words to describe, one must experience themselves. But…

Surprisingly, there are a couple of drawbacks to a Retina display: non-optimized apps and non-optimized Web images. Like using non-Retina apps on the iPad, using apps that have not been updated for Retina displays often have blurry user interfaces. Text in Google’s Chrome browser is even horrendous, though their latest build browser, Google Canary text is beautiful. Honestly though, that does not bother me as much as the weight and form factor of the MacBook Pro.

After a week at WWDC seeing a lot of people with the MacBook Pro with Retina display and visiting the Apple store many times (happened to pass it everyday going to and from my hotel) I am still undecided. Yesterday I even forced my wife to go to the Apple store so she could experience it for herself. I was really hoping she would have a definitive answer for me…unfortunately she did not. She too was extremely impressed by the Retina display, but also (surprisingly) of the form factor.

In hopes that this exercise will help (or in the off-chance it helps someone else) I will lay out my current thoughts in the context of my current setup.

Hesitations I did not mention with MacBook Pro, but others have…

It is now six days after the announcement of Apple’s updated line of notebooks and I still have not decided which I want to buy…or if I will buy any3. For those that know me and my obsession with gadgetry, understand this gravity.